Man has learned to manipulate, perhaps even before he can speak. We use tactics of suggestion from childhood to gain someone else’s trust, defend personal boundaries, or prove the significance of our ideas. And some make the art of persuasion their way of life. In the footsteps of the new documentary series «The Adventurers», which is available on «KinoPoisk HD», we understand the tools from the arsenal of cunning dodgers and manipulation geniuses that can be useful even to an honest person.

The elusive and daring swindler Frank Abagnale proved by personal example that it is possible to enjoy the privileges of wealthy people without having billionaire relatives or a prestigious job. At the age of 16, he began his career as a fraudster, forging checks and cashing them all over the country and beyond. Frank deftly manipulated those around him, trying on the masks of influential people: a charming airliner pilot, a successful lawyer with a Harvard education, the chief pediatrician of a Georgia hospital. For years, the guy managed to hide fraud from the law, and those around him did not doubt his decency, because they were a graduate and a respected person in society.

The tendency to quickly trust people who are higher than us in status, scientists call the “authority effect” and refer to one of the types of cognitive distortions. American social psychologist Stanley Milgram experimentally proved such a deviation in human perception as early as 1961. The experiment involved the experimenter, the subject in the role of «teacher», and the actor in the role of «student», who was in the next room.

The subjects were confident that they were participating in a study of human memory. The task of the “teacher” is to check the memorization of words and punish the “student” with an electric shock if the latter made a mistake. For more drama, the current switches were labeled according to the degree of impact — weak, moderate, strong, dangerous and difficult to bear. With each new error, the force of the blow had to increase and, despite the suffering of the «student», the subjects continued to inflict pain until the end of the experiment.

The study still causes a controversial reaction among psychologists — why didn’t a person with a lever in his hands stop, seeing the pain and suffering behind the glass? After all, all the participants could not be sadists. One of the main theories is the influence of the authority of the experimenter, who convinced them of the safety of the experiment and the need to follow the given instructions. 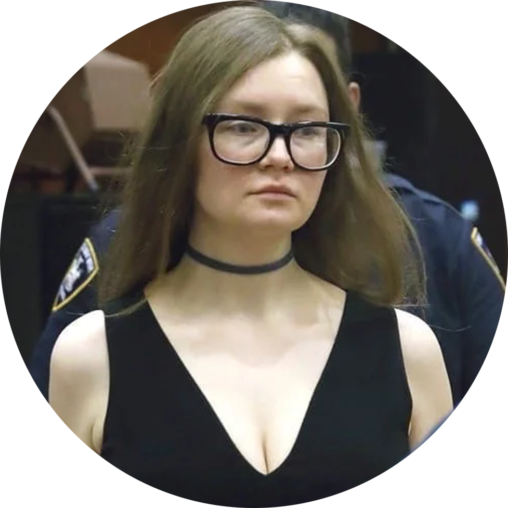 Among the adventurers who built their machinations on imaginary authority are the famous false heir of the oil magnate Anna Delvi-Sorokina, who deceived the New York elite for hundreds of thousands of dollars, and the young business coach from Kostroma Artem Maslov, who sold master classes on making millions, although he himself lived in debt (by the way, the second episode of the series «Adventurers» is dedicated to his merits).

Of course, you can use authority not only to steal millions of dollars. And in order to win it, it is not necessary to invent a non-existent scientific degree and blue blood relatives. It is enough not to be shy to talk about personal achievements openly.

If you have already dealt with phone scammers, then you know that any problem they voiced requires an immediate solution. An unscrupulous “operator”, posing as a bank security service, may report suspicious transactions on your account or refer to a failure in the banking system. Understanding this, of course, is necessary right now, and they will definitely help you, you just need to provide your personal data. Urgently! Still, because otherwise you can have time to think everything over and refuse dubious help. Psychologist Rudolf Mokshantsev notes that haste leads to the adoption of most frankly bad decisions.

a universal way to unsettle a person and make him make an emotional and rash decision. Under conditions of time constraints, a person does not analyze information very carefully, misses important information and grabs the first solution that comes across.

Phone call scams are the most obvious example of a time pressure trick. But there are also more subtle manipulations. In The Adventurers, Regina Kamaletdinova, a resident of St. Petersburg, tells how she became a victim of the Palamarchuk family. Almost immediately after the beginning of the novel, Grigory Palamarchuk introduced Regina to her mother, an entrepreneur and lawyer. The future mother-in-law happily accepted the girl into the family and after a while began to skillfully use the time pressure technique on her. The woman repeatedly persistently asked Regina to take a loan, give her money or borrow a large amount from friends. This, of course, had to be done very urgently. In this situation, it was difficult for the girl to refuse help and think rationally, so she succumbed to the trick of the master of manipulation. 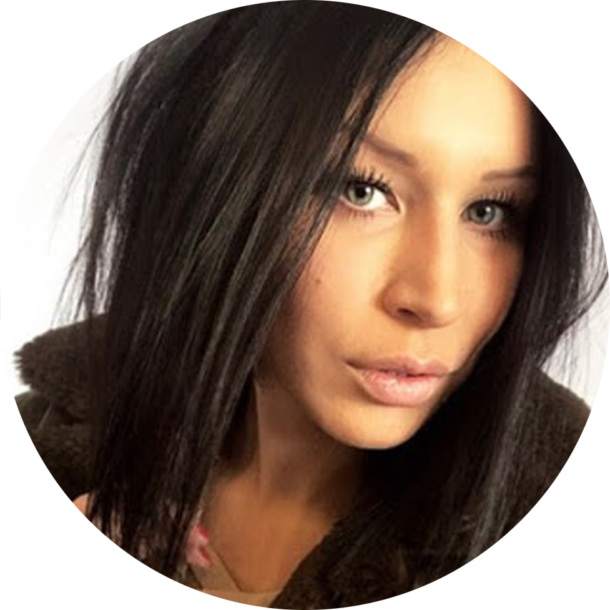 The time limit trick isn’t just for scammers, it’s used in sales and marketing to lure customers into buying. Such a maneuver is hidden behind advertisements like “Last day of discounts!” or “There are N hours left until the end of the action!”. You can take note of this effect for relationships too: persuade your husband to take a vacation or pull a homebody girlfriend to a bar. All you need to do is add some urgency and deadlines. The main thing is not to abuse.

If your boyfriend or girlfriend has financial problems and asks for help, this is not a reason to accuse them of fraud. But if a person has recently appeared in your life, such requests are heard more and more often, and the amounts are getting larger — take a closer look, perhaps you have a classic marriage swindler. Their main trick is to put pressure on pity and come up with stories that make the victim show compassion and turn out their pockets in order to quickly get a loved one out of trouble.

American psychologist George Simon considers the «mask of the victim» one of the main techniques of the manipulator. By pretending to be a victim of circumstance or an inconsolable and deceived sufferer, sympathy can be easily won.

Neuropsychologists say that empathy causes a surge of the hormone oxytocin in a person, which brings feelings of satisfaction and calmness, increases trust in the interlocutor and increases the chances that we will agree to help him. In other words: it is physically pleasant for our body to empathize and trust the “victim”.

Scientists from the Center for Neuroeconomic Research have confirmed this theory experimentally. One group of subjects was shown a video of a little boy dying of cancer and his father’s struggles. The other is the same family, but silent about the terrible diagnosis and experiences of the parent. Blood tests before and after viewing showed that the first video caused a significant release of cortisol and oxytocin in viewers, and the second — no reaction (people were just bored). Viewers who received an extra dose of oxytocin were more likely to donate money to charities as part of the same experiment.

A favorite tool not only of scammers and Instagram info gypsies, but also of honest marketers, we meet at every turn. Remember 9 out of 10 dentists who choose X toothpaste? And photos of celebrities on the websites of beauty salons that scream “Renata Litvinova, at 54, looks 30 thanks to our mask, and no hardware cosmetology.” Finally, everyone who has an Instagram has at least once met with “a happy mom on maternity leave who will teach you how to make money without leaving your home.”

Shot from the series «Adventurers»

Everyone has been using the secrets of eternal youth and the cultivation of money for a long time — and only you overslept everything. It’s time to jump on the last carriage of the train to a better life, especially if a loved one draws you into it.

All financial pyramids are built on the mechanism of social proof. For example, in The Adventurers, the victims of Cashbury, which acted as a platform for mutual lending to its clients, tell how they fell for a fraud scheme familiar to the whole country. According to the classic pyramid system, the creators of Cashbury built a powerful community that drew more and more new people into circulation, promising easy money and guaranteed income by personal example. The story is as old as the world: the pyramid pulled three billion rubles out of the pockets of Russians and disappeared.

A snow-white smile, an ironed shirt, a pleasant voice and slender speech are the main arsenal of scammers who work directly with victims. Psychologists have long proven that good-looking people are more successful in social interactions. Scientists call this the halo effect. In other words, the positive effect of the first emotional impression extends to the assessment of a person as a person and displaces disturbing “bells”.

Footage from the trial of Ted Bundy, one of the deadliest serial killers in US history. His attractiveness and charm acted in a strange way not only on the girls who literally crowded around the courthouse, but even on the guards

In the 1970s, social psychologist Michael Efran of the University of Toronto conducted a curious experiment with students that turned a group into a jury trial for exam fraud. The evidence against the defendants was not very weighty, nevertheless, the «jury» had to reach a verdict and choose a measure of punishment. During the experiment, it turned out that people are more likely to doubt the guilt of the defendant and tend to choose milder forms of punishment if the person is attractive in appearance. The effect was especially pronounced when a pretty girl acted as the accused, and the jury consisted mainly of young men. What is especially curious is that this reaction is rather subconscious: only 7% of the participants agreed that the appearance of the defendant can influence the decision of the court.

It turns out that our subconscious mind meets by clothes even where it escorts us by mind. Of course, you don’t have to be a top model for other people to listen to you, but a well-groomed look and a wide smile can play into your hands in a difficult situation.

Have you ever wondered what makes you more likely to agree to a purchase — the positive characteristics of the product or the absence of fears and doubts? For example, you have looked after a chic dress, and the seller lists all the advantages of the purchase. You doubt that the cost is acceptable for you, and leave empty-handed, but with a full wallet. However, in a situation where the seller first works with your objections and talks about crazy discounts, and only then gives compliments, it’s easier for you to part with the money.

Psychologists Eric Knowles and Jay Lynn divided belief into two types: alpha and omega. According to their theory, it is much easier to convince and win over a person if you first use the tactics of omega persuasion and dispel doubts, and then move to alpha persuasion and use the positive sides of the offer.

Fragment of the painting «Adam and Eve» (Fall), Titian Veccelio

The oldest manipulation of alpha and omega beliefs is found in the Old Testament. When the Serpent-tempter persuades Eve to taste the forbidden fruit, he first of all dispels her fears and convinces her that the action will not lead to death. Only after working out the objections, the sly one proceeds to the awakening of vanity and reports that the fruit will make Eve and Adam like God. Now, the effectiveness of the ancient trick is confirmed by scientific theory.

Try to put the alpha and omega tactics into practice when you need to persuade your boss to raise your salary or ask a friend to take you to the country.